Two days ago I upgraded to Windows8 (Thank you Microsoft for your MSDNAA Platform!)
And to my suprise I actually like it a lot, especially the ease of installing applications through the Windows 8 Store. However what I didn’t like was that most free apps feature ads now, it’s pretty much: “Buy the app or get annoyed by ads!”
For this article I will be using the Windows8 version of the twitter-client named “metrotwit” – sorry to the folks at Pixel Tucker for using your app to illustrate this ‘issue’! But metrotwit is a great, beautiful and slick looking client and I can only recommend using it!
[Edit: I do admit that my original intention was to see if I could remove ads, but this article is not supposed to just show how to remove ads, it’s more like a call for attention that the new system is not secure at all by illustrating the ease of modifying (almost) any app!]

So I did a little searching to see if I could locate the app and modify it, those were my steps how I removed the ads: 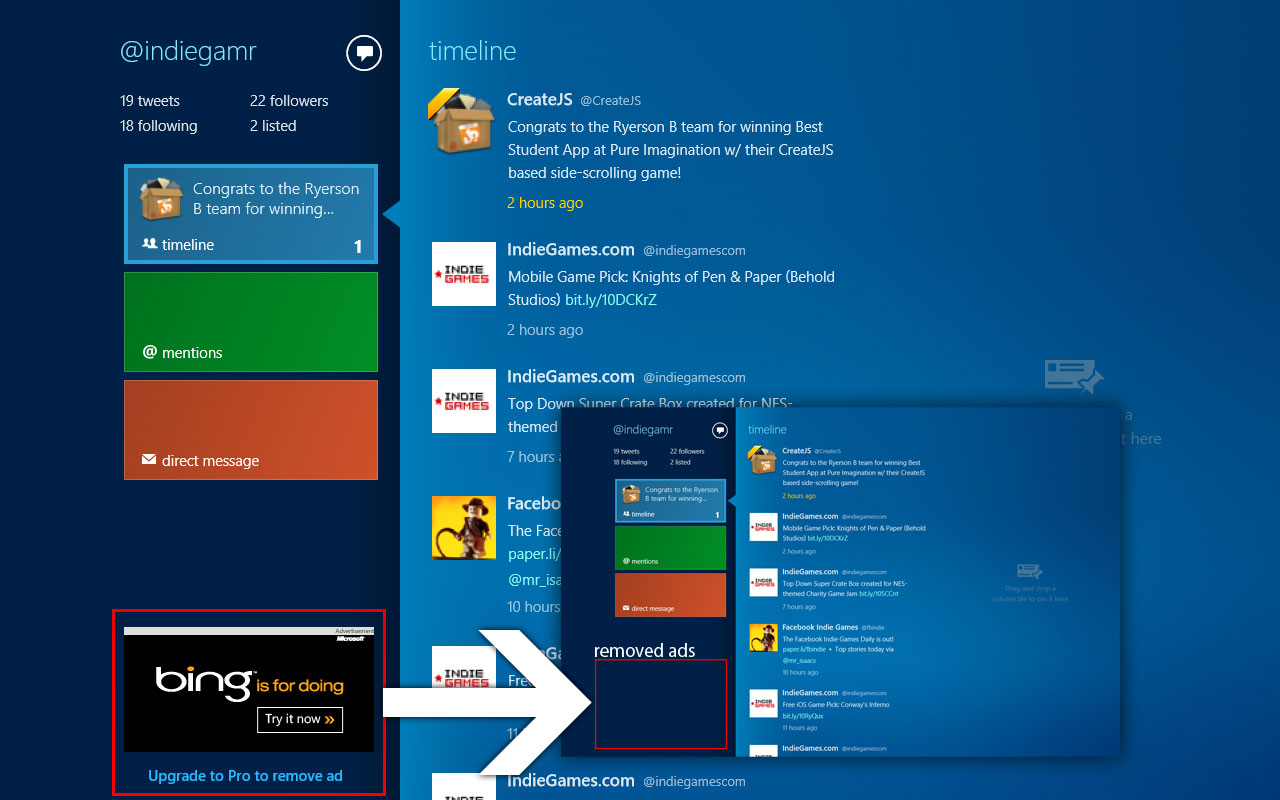 Bingo! – There is the location of all Windows8 Apps!

Step 2: Taking ownership of the app-folder

Unfortunately I am not able to edit stuff in the app-folder right away, so I took ownership of the folder:

Step 3: Locating the files to modify

Within the folder of the metrotwit app there were quite a few files and folders, one that caught my attention was a folder called “views”. Inside the views-folder were a bunch of XAML-files, including one called “MainPage.xaml”.

I opened MainPage.xaml and search for the term “Upgrade to Pro”, this was the label right below the ad. After that I located the visibility-property for the ad-container I just changed the binding to the variable “VerifiedProUser” – which I was not!

(see screenshot below) – the ads were gone! Other ways to removed the ads that have proven to work:

But there are certain restrictions when editing those files, that I found out about: 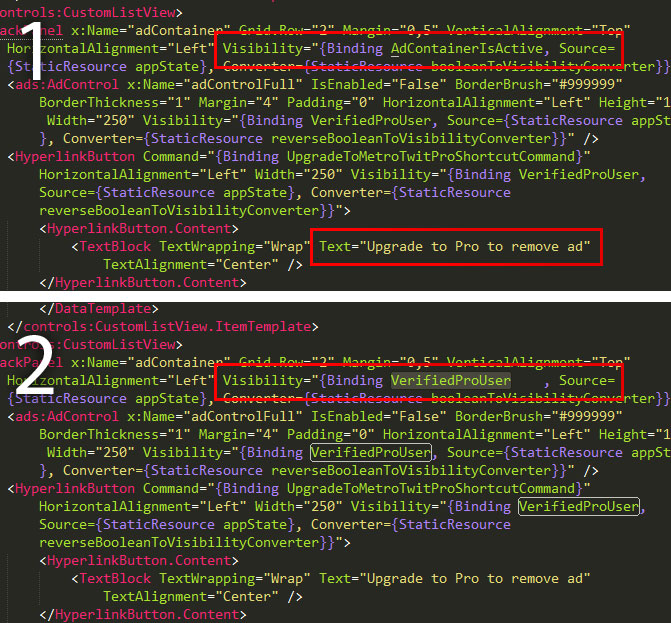 The final step was saving the file and starting the application, and there you go: The ads were not visible any more!

I have tested this with several apps and with every app it was a fairly easy goal to accomplish.
What can developers do to prevent this? I’d say the question is: What should microsoft do to prevent this?
However, as a developer I would consider adding certain methods that check the visibility and location of an ad every couple seconds – I have not yet looked into modifying app-logic but I’d imagine this is not as easy as modifying a simple XAML-view.
Or developers can use C++ as this would require a disassambler to get to the source and even then it would be hard to modify stuff…or at least a lot harder than with XAML files.

Thoughts on this are welcome!

Update #2: Obviously there is a tool available that let’s you upgrade trial-versions of app to full-versions for free with on click of a button. I have not tested that tool yet nor would I encourage anyone to use it. But there is no doubt that many users will do so as it gains popularity(can you blame them?). But Microsoft should act quickly.

Update #3: As I got some feedback from people saying “it’s not nice to rip off developers [ect…]” – I do agree! But the point here goes way beyond that: If I am able to modify an app within 15 minutes – then a virus will be able to do the same. Imagine a virus adding some lines of code to the application logic and the next time I use the application all my data(that is accessible by the application) could be sent to an evil server – just to give one brief example.